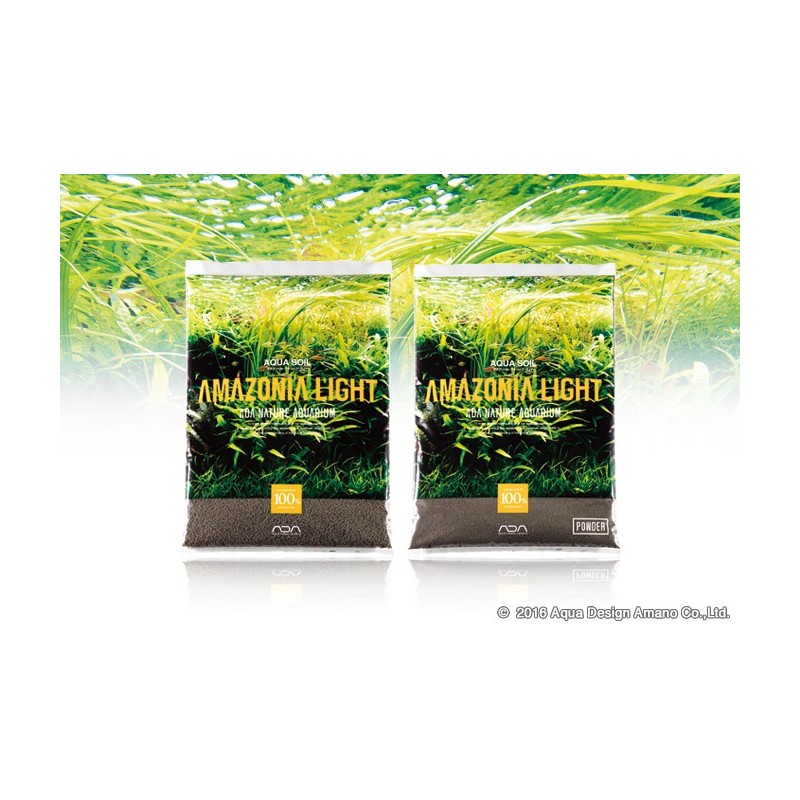 Amazonia Light, a new addition to the Aqua Soil lineup, has been developed as a substrate material that even newcomer aquascapers can easily use. Although made from the same natural soil as the base material, this new soil has different color and properties from the conventional type of Amazonia soil.

It is characterized as natural earth color substrate and contained natural black soil that sufficiently promotes the growth of aquatic plants.

Nature Aquarium and Aqua Soil
In the early days of Nature Aquarium, the substrate was mainly composed with sea sand and Power Sand. Since sea sand contains no nutrients for plants, Power Sand was the source of nutrients in the substrate. To materialize the substrate that supplies nutrients to aquatic plants for a long period of time, Power Sand was formulated to have two types of organic nutrients; one is broken down by microorganisms and nourish aquatic plants relatively quickly, and the other one is slow-release solid nutrients that melt over time. Later on, Aqua Soil was developed. Since then, it has been used as the main substrate material in succession to sea sand. Aqua Soil is a revolutionary substrate material made from natural soil. Among the Aqua Soil series products, Aqua Soil-Amazonia made from black soil revolutionzed the growth of aquatic plants. The black soil of Amazonia contains rich plant-derived organic compounds and nitrogen, helping faster plant growth compared with sea sand. Aqua Soil also lowers the pH of aquarium water to the mildly acidic level and ideal for plant growth. With this soil, the hobbyists can now easily grow plants such as Cryptocoryne, Lilaeopsis and Syngonanthus which used to be difficult to grow in aquarium. The combination of Power Sand and Amazonia has now become a classic substrate in Nature Aquarium.

Features of Amazonia Light
Even with Aqua Soil-Amazonia with a reputation as a substrate material for good plant growth, the newcomer aquarium hobbyists and even hobbyists with some experience may feel it’s difficult to handle their aquariums particularly during the initial setup period. When Amazonia soil is used in an aquarium where aquatic plants have not grown big yet, the rich organic compounds and nitrogen contained in Amazonia leach into the water and sometimes cause cloudiness or colored water and algal growth in the tank. These problems will eventually be resolved when aquatic plants grow large and cover the substrate surface, but until such an environment is established in the tank, the frequent water change is needed to keep the aquarium in a good condition. Amazonia Light containing less organic compounds and nitrogen reduces the chance of problems during the initial setup period of an aquarium. Another feature of Amazonia Light is its natural light brown color. The standard Amazonia soils are almost black color due to the black soil used as the base material. Although this black color is a proof of rich Humic acid and other organic acids contained in the soil, the constant use of the same color soil may limit the variation of impressions in aquascape. To overcome this issue, reddish Aqua Soil-Africana and yellowish Aqua Soil-Malaya were proposed to increase color variations, but these soils have the problem of insufficient nutrient contents which leads to slower plant growth compared with Amazonia. Unlike these soils, the Amazonia Light containing a moderate amount of black soil provides the nutrients sufficient for plant growth with its natural light brown color.

Comparison of plant growth rate between Amazonia and Amazonia Light
Then, how are Amazonia and Amazonia Light different in properties? When judging the impact on water quality, the capacity of bringing soil and water pH down and the capacity of reducing carbonate hardness (KH) of water were comparable between these two soils. This result shows that Amazonia Light also achieves the water conditions suitable for growing ordinary aquatic plants. Subsequently, a comparison of COD (the measurement of organic compounds in water) and ammonium (NH4) (the measurement of nitrogen content) was performed and it was found that both of these parameters were lower in the case where Amazonia Light was used. The value of phosphoric acid (PO4) was also lower in the case of Amazonia Light. From these results, it is assumed that there will be less chance of cloudy water and algae growth when Amazonia Light is used. This assumption was further supported by the comparative experiment of the two soils for plant growth. In the case of Aqua Soil-Amazonia, the stem plants grew taller with the help of ammonium and phosphoric acid contained in the Amazonia, but at the same time, diatom (brown algae) and green algae grew more rapidly and it caused a temporary slowdown of the growth rate of foreground plants (refer to the pictures of “After 4 days” and “After 8 days”). On the other hand, in the case where Amazonia Light is used, both the stem plants and foreground plants showed healthy growth without being covered by algae. The density and color of the plant leaves were also sufficient (refer to the pictures of “After 12 days” and “After 18 days”). This difference is possibly due to the fact that the nitrogen source in Amazonia Light is nitric acid (NO3). As we all know, the history of Nature Aquarium proves that aquatic plants grow healthily on Amazonia substrate with proper care and maintenance. Still, the handling of aquarium in the initial setup period will be easier with Amazonia Light in most cases. The launch of Amazonia Light marks a new era where aquascapers can choose Amazonia and Amazonia Light depending on their aquarium maintenance skills and color preference. 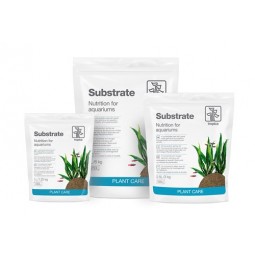 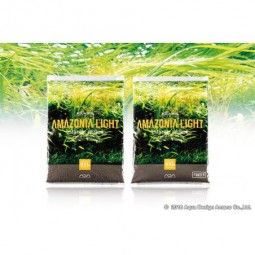 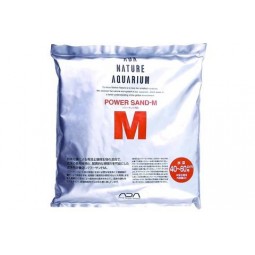 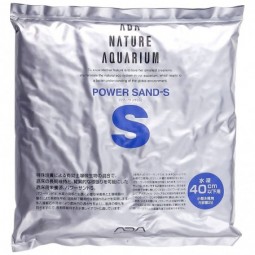 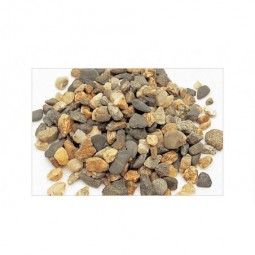 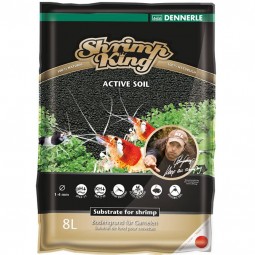 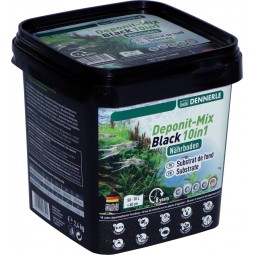 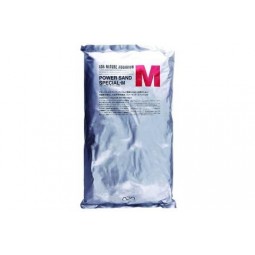 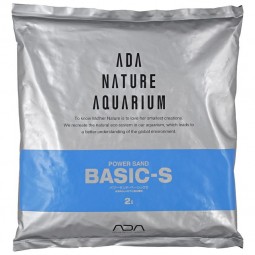